This is Part 6 of a recurring series on basic point and shoot consumer cameras, the details of which can be found here.

If a point and shoot and an SLR had a baby, it would be a "bridge" camera.  These viewfinder based cameras hit the market in the early 1990's marketed as a more full featured alternative to a point and shoot but designed with a more novice-friendly interface than an SLR.   Ricoh, Chinon, Canon, and Olympus were some of the primary manufacturers of this genre of camera.  I knew when I started this series that I'd love to snap one of these up to try out if the price was right.  I had all but given up on finding one when this one showed up in a nearby thrift shop.  Even after getting home and finding the camera working, it was particularly fiddly about loading film, but finally acquiesced and let me run a roll of some Ferrania film through it. 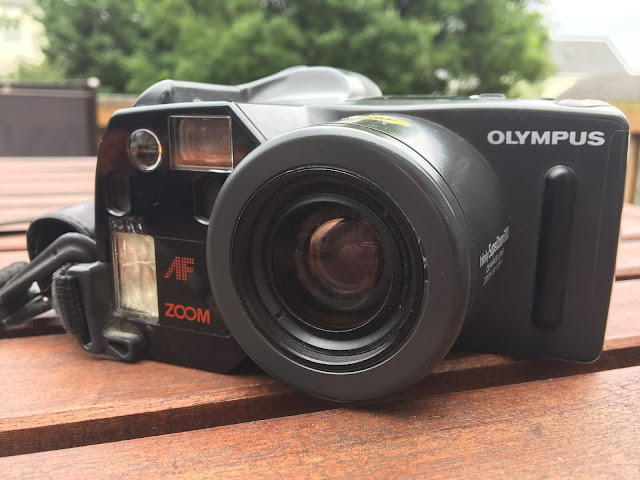 The look of the Olympus Infinity Super Zoom tries to be intimidating, but tends to come off as a bit awkward to say the least. 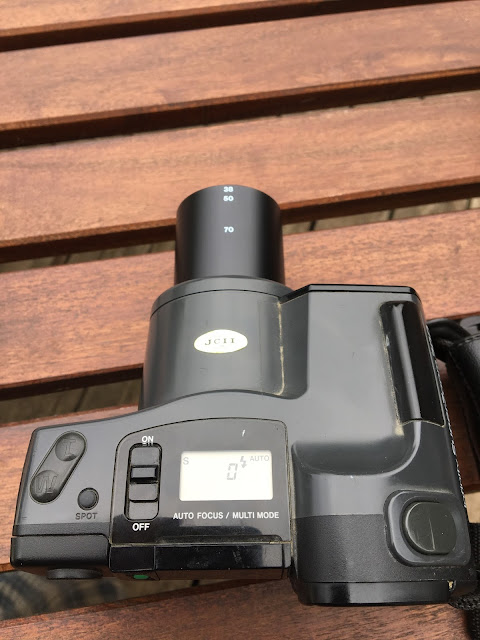 Top View: Controls seen here are the zoom rocker, a spot metering switch, main power switch, and the shutter release to the right.  Note the strap at far right, designed short to be held like a camcorder in the palm of the hand.  As someone who falls prey to the snag effect of longer straps, I actually welcome this. 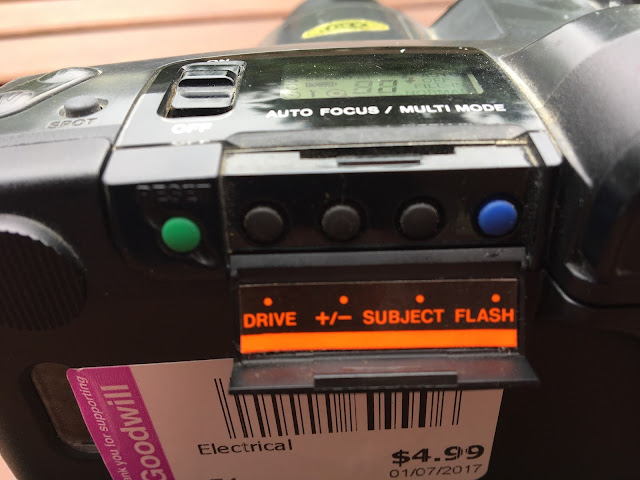 Most controls are hidden behind this panel.  If you get stymied, there is always the green reset button at left that restores the default auto modes. Keeping this hatch open while shooting is a bit tricky, as the lip pushes into one's forehead. 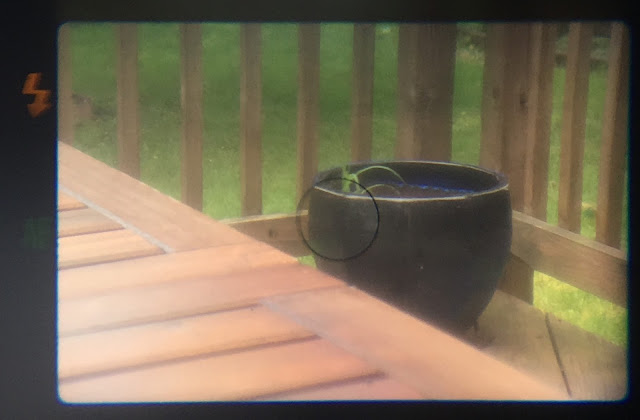 Yes, the viewfinder actually looks a bit "dreamy" but since there is no focusing going on here, it's not a huge deal.  Besides, the finder is fairly large and bright.  Like the Infinity Zoom 200, the SuperZoom uses actual indicators that are more self-explanatory than the simple lights of many models.  Below, note that the VF has shifted leftward while in Macro mode (visible indicator along the right) to compensate for parallax error. 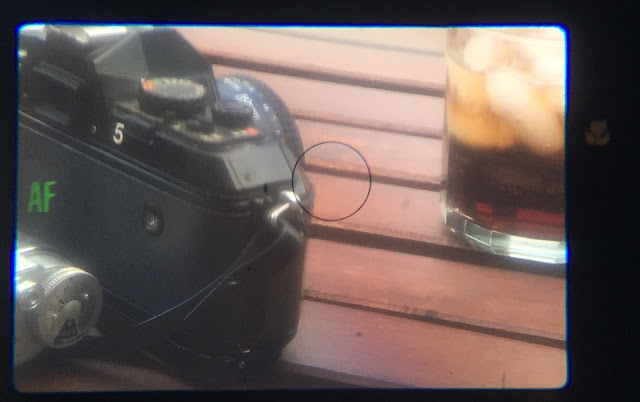 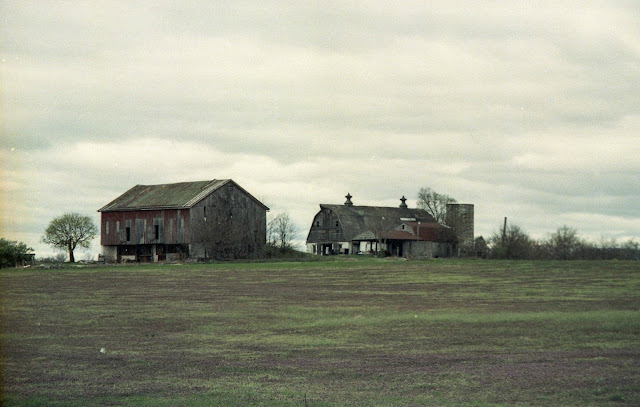 A little boost of exposure from the EV adjustment helped fill in the foreground detail when the meter was presented with a very bright backdrop. 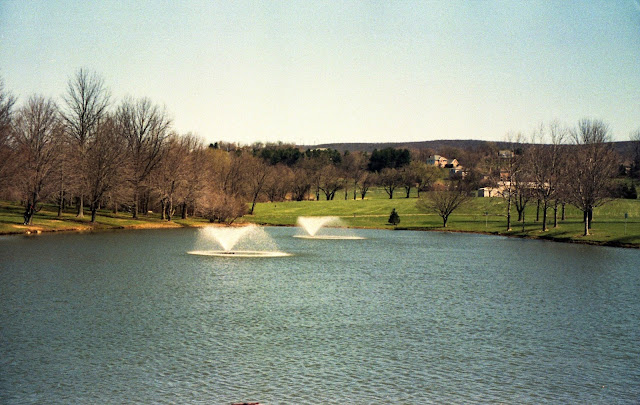 The results from this large camera aren't quite as sharp as hoped.  The water ripples here seem a bit indistinct, as do the backdrop trees. 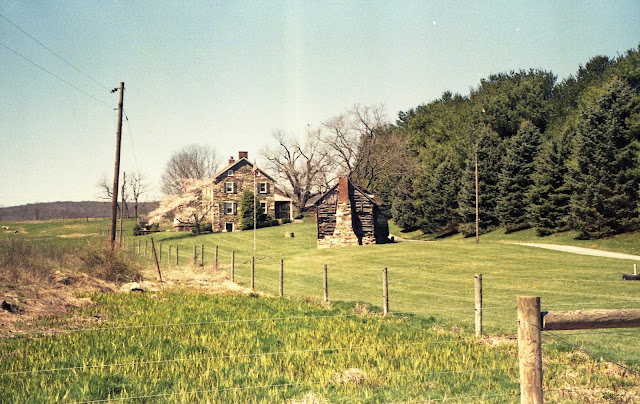 A bit overexposed of an image, but an easy grab while driving given the camera's camcorder-like form factor. 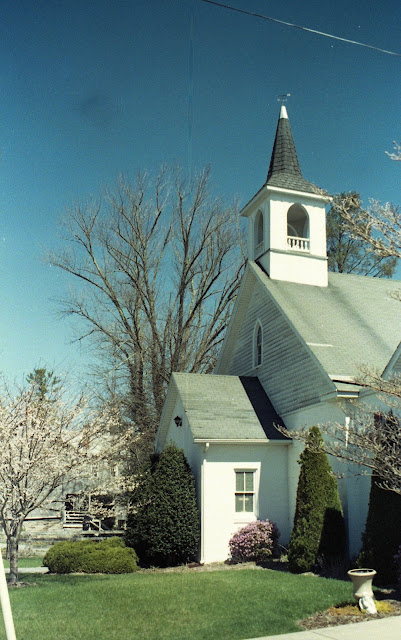 At the widest setting, the sharpness was acceptable but not overwhelming. 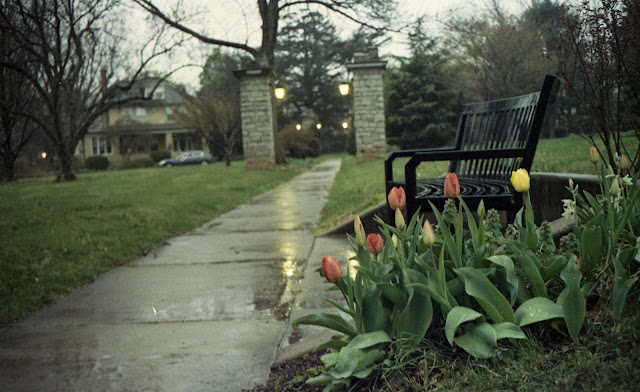 Holding the focus and recomposing the image, which often befuddles some point and shoot and SLR cameras alike, seemed to work quite well with this model.  The focal point of the tulips came out well exposed and well defined. 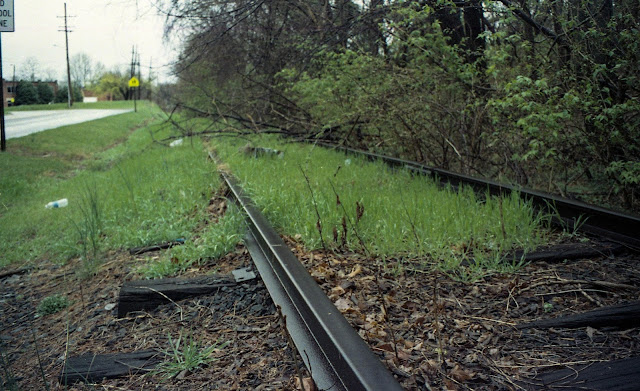 For near subjects, this camera does particularly well.  The maximum aperture of f/4 doesn't give a lot of subject isolation, but the camera does a good job of nailing focus on near subjects. 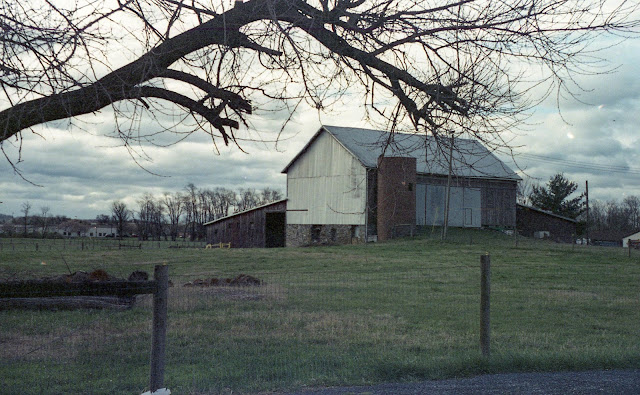 The Olympus did a good job both of maintaining good exposure in the midst of backlighting and keeping a shutter speed that didn't result in blur.  The f/4 maximum aperture at the wide end is a bit faster than compact point and shoot cameras with similar zoom ranges. 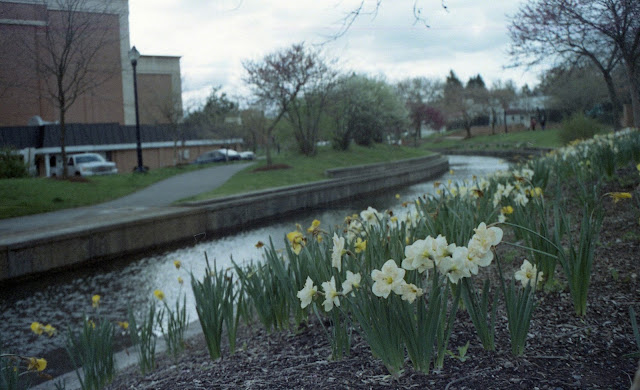 Dim skies greeted much of my exposures on the SuperZoom 300, but it managed to offer me acceptable results across the roll. 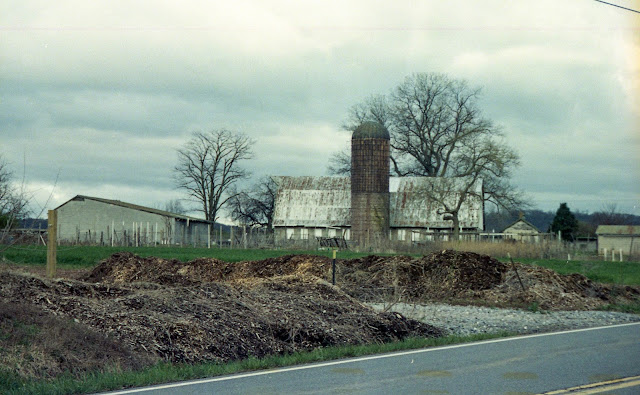 The Olympus didn't always render crisp shots as hoped, but did manage to deliver images suitable for snapshots.  It seemed landscapes were where the sharpness struggled. 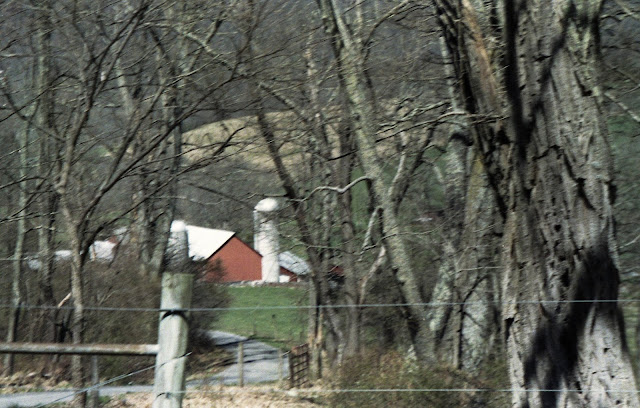 Long Zoom shots were not its bread and butter, at least not on 100 speed film.  While not as blurred as the Pentax IQ Zoom 160, this shot is still the worst of the batch. 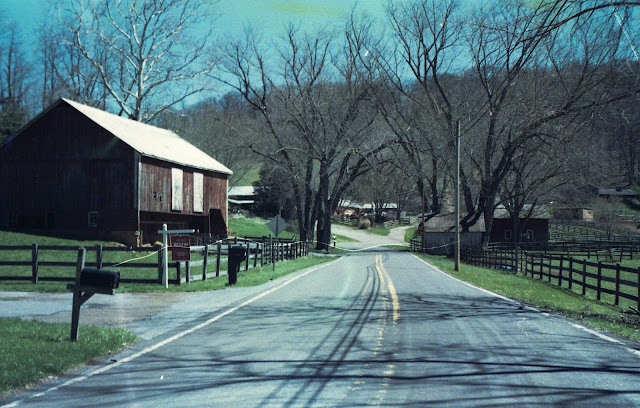 Yet again, this blocky Oly provides good but not great results in a landscape type setting. I tend to wonder if (ironically), the infinity setting in this Infinity are a bit askew.

Thoughts: I had no idea if I'd like this camera or not, I did sort of fear that I'd hate it. While I wasn't overjoyed at how long it took to get this camera off the ground and shooting, I can honestly say that I didn't hate it.  It's a bulky sucker for sure, which makes it a poor camera to take about on a long walk or navigating a city by bus or train, but for stashing in a car and rolling about as a grab camera, it works pretty well.  The results that came back were a mixed bag, but I find that this camera does better with subjects that are closer to the camera than it does for landscape shots.

In 12 tries, some in sun and some in overcast, I realize I didn't really exercise the full breadth of options to be found in the Olympus SuperZoom 200.  Though I'd likely skip a night shot due to its 2 second maximum shutter speed, I am curious about its Macro features in particular, and to some degree the Servo AF features in this camera.
at 09:00