Here and there, as I shoot some plates, I'll be supplementing them with the same scene shot on both film and digital to allow for an interesting comparison between the blue sensitive media of the plates, the panchromatic or color media of the film, and one or more settings on a digital camera that may mimic or differ from that of the non-digital media.

First up in a scene taken in Patterson Park in Baltimore.  I'd known for some time that there was a small lake there, but had never taken the time to visit it until earlier this week.  Along with me for my visit were a Kodak Recomar 33 plate camera that shoots 9x12cm size plates, a Kodak Signet 35 kindly lent to me by Mike Eckman, and a Nikon J1 that I recently picked up.  As a gentle drizzle began to threaten, I managed to shoot a closely focused scene along the banks of this small pond on all three cameras to compare. 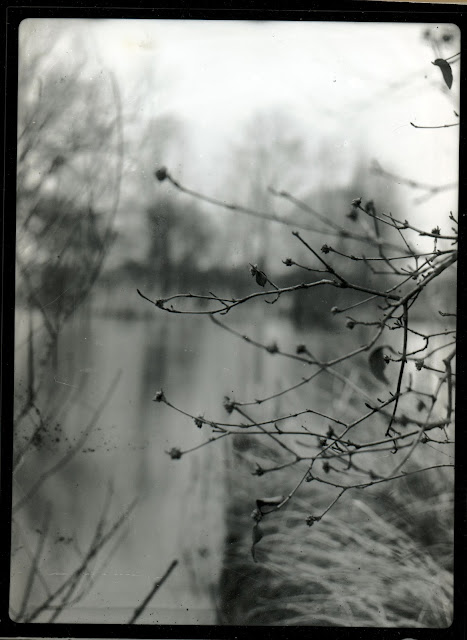