Though the camera is called a Franka Solida II, I'm calling this camera a Franka Solida 2.0, as it is a replacement for my original unbadged Franka that I got in late 2014.  The original gave great results, but had a extremely fidgety shutter whose stickiness resulted in far too many lost shots.  I had a replacement on my radar for months, and finally found one with the same Schneider Radionar lens in January.  The shutter works great, though the lens shows some signs of internal fungus.  I elected to give it an initial try before seeking to remedy the issue on this camera (or trying to switch lenses) and here are the results. 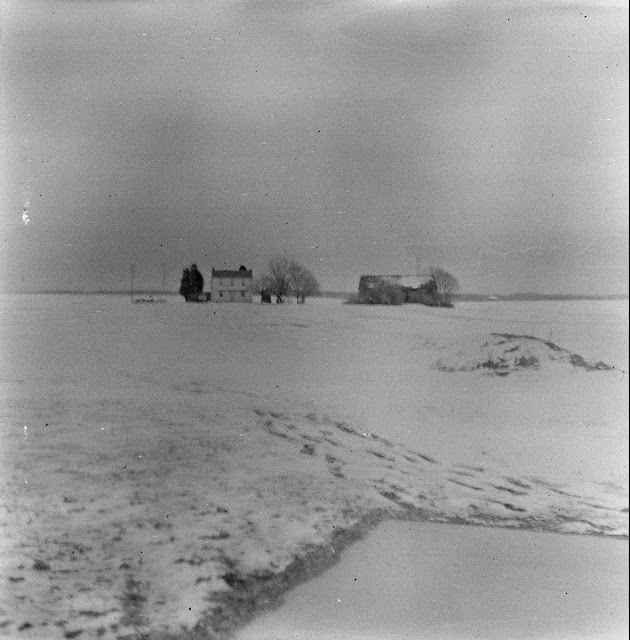 1 - Frederick, MD - f/2.9, 1/25 - Looking like some sort of photo taken on an Arctic expedition a century ago, I can't speak of what didn't quite go as expected with this image.

Experimentation can be a wonderful thing in the world of film photography.  Were it not for such experimentation of decades and centuries ago, the hobby itself would not even exist.

I've been in something of an experimental phase as of late, and while I'm not quite to the point of making my own film yet (though I've admittedly considered it) or doing wet plate prints or the like, I have been finding more interest in black and white photography using "unconventional" films that may render a slightly more vintage or distressed look.

I did some browsing at Lance Rothstein's Labeauratoire, and discovered a number of such films that could facilitate this hunger, and tried out a few.  One of these, which I was admittedly on the fence about getting until moments before check out was a film called Vari•X, a low speed film that was originally intended for cineradiography use, but which was purported to give a particularly great look for photographic applications.  I inevitably took the plunge, and loaded the film into a late 1950's Kodak Retinette to see just what it could accomplish. 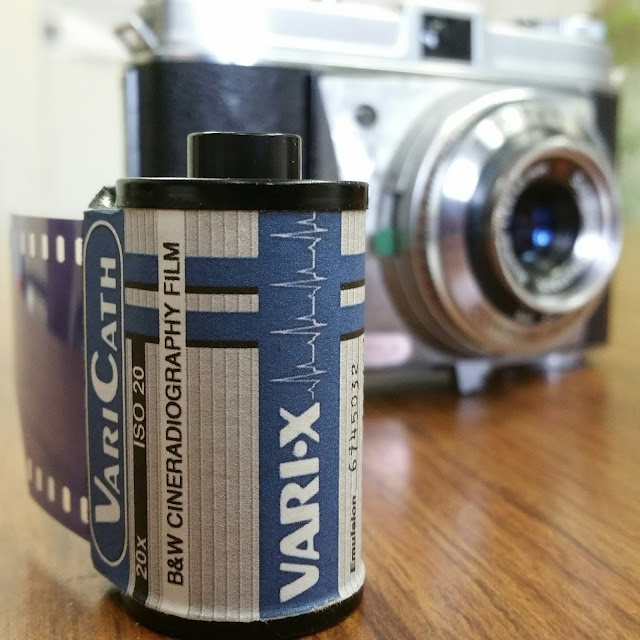 The results that came back after processing were decidedly delightful.  A bit of staining marked the images at random points, while the top and bottom borders had a pleasing vintage vignetting to them. The rendition and contrast were particularly snappy and grain was quite fine yet struck a great balance of tonality.  The low speed allowing for limited depth of field helped round out the look of the images.

Below are a number of my results from this fun film.  It should go without saying that I am picking up some more of this fun film! 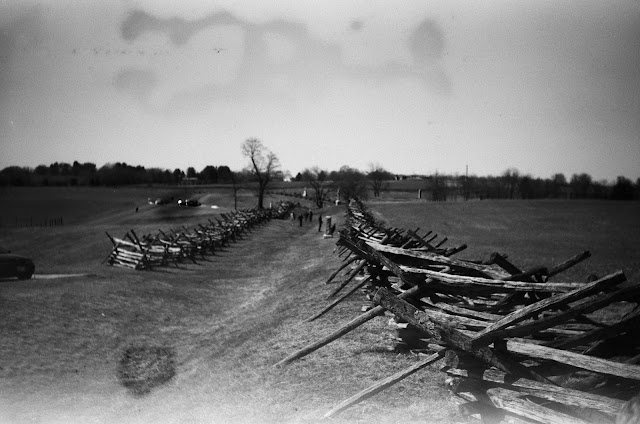 I started out my photographic journey with this film on the Battlefields of Antietam near Sharpsburg, MD.  The film immediately impressed me on its return with its rich and striking tonality.