How Low Can You Go? Mr Brown Low ISO 6 Speed Film from the Film Photography Project

Reading some of my postings, it doesn't take too long to realize that I'm a fan of slow speed films.  I rarely shoot 400 speed film, and actually like to stick below 100 if at all possible.

Still, there are times when even Rollei RPX 25 is too fast for me: when I'd like to open up the lens fully on a sunlit day and get some fun shots with limited depth of field.  I've managed to try a few super slow speed films with speeds near 1 and 3, but there are times when these are admittedly just a bit too slow.  I lamented that there was nothing in that middle ground between 6 and 12 speed.  Sure I could shoot 25 speed film with a polarizer to slow it down, but shooting with a quaint old camera that would require hand-holding an SLR-designed polarizer in front of the lens is admittedly something of a hassle.

So when I saw the Film Photography Project offering an affordable limited edition film with a speed of ISO 6, I just HAD to snap some up to try!

Mr. Brown Low ISO film comes in a 24 exposure roll for just under $3.00 a roll.  It is listed as being a thin based, high contrast film that develops well in most typical developers.  I had no idea just what to expect from this film, but elected to put it to work in one of my favorite "adapted" cameras: my Kodak Bantam RF with the 24mm square mask.

I took the camera along with me on a couple of errands, stopping for photos at the Rose Hill Manor in Frederick, as well as a few other locations around town.  I kept my expectations minimal, and they were exceeded.  GREATLY exceeded!

Fun with Film: Portra 160 Slowed Down

Sometimes a limit of choices is a good thing.

I've never been terribly good with making quick purchasing decisions when confronted with something unpredictable, particularly that I hate going out to spend money for something only to not find it and having to settle for an alternative.

Such was the case a few weeks ago, when, as I made my way up to the counter of my favorite Brick and Mortar photo store to buy a couple of rolls of Ektar 100 in 120, one of which I'd hoped to cut down to 127 to shoot through my Bell and Howell Electric Eye camera.  Turns out, they were out of Ektar.

"I've got Portra 160" stated the shop owner.  Hmm, I figured this trip was a total bust since I try to shoot brighly colored landscapes instead of portraits with restrained saturation, but since time was ticking for me to do my photo run, and since I always like to support my local stores, I elected to pick up a couple of rolls to give it a try anyway.

However, the Bell and Howell is not geared for the speed of 160 and tips the scales at about ISO 80. I knew this going in, but hoped that the one stop speed increase wouldn't present too much of an issue. Upon reading a bit of reviews of Portra, I surprised to see that more than a few people said they had their best results with color saturation with the stuff at speeds between 50 and 100. As it turned out, my gamble might actually pay off.

I cut down the roll of 127 film, loaded up the Bell and Howell and went out shooting during lunch on a photo perfect day of lightly cloudy blue skies.  I didn't spend a great deal of time composing, but rather sought out colorful scenes to put this "saturated Portra" idea to the test.  Upon developing and scanning, I was delighted to see that Portra is indeed a great and colorful film when given a stop of extra exposure. 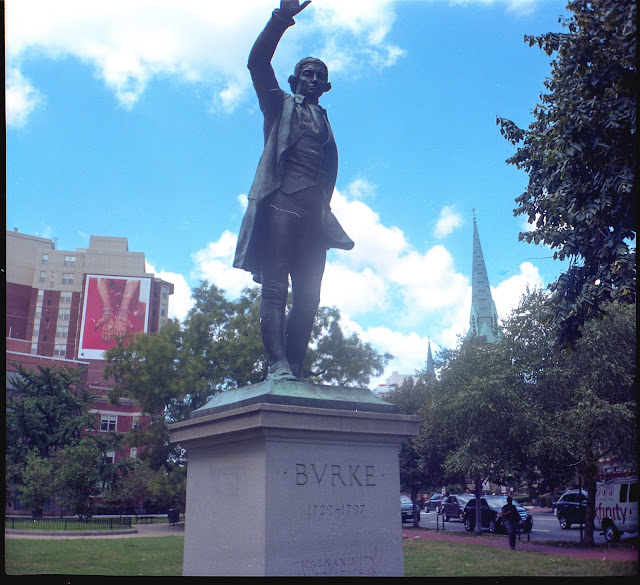 Under blue skies but shadows, Portra delivered a nice palette of colors, but its real saturated strengths emerged...
Read more »
at 08:00 No comments:

The term "do-it-yourselfer" is pretty much a common part of conversational parlance these days, fueled to a large degree by the abundance of home improvement stores complemented by television networks devoted to featuring all of some of their programming to the "DIY" concepts.  Since moving a year ago, my weekend life has involved a oft-frustratingly expanding "Honeydo" list that only seems to grow as each project is finally completed.

Given this, the thought of processing my own film had never quite appealed to me.  That was until I began to look at what professional developing was costing me.  Despite being a quirky guy with a camera, I'm also a frugal guy with a family, and thus, I began to develop my own black and white film, which proved to be a particularly simple enough exercise once I adapted my methods to something that works pretty readily around my sometimes involved home life. I'd figured that self-processing of black and white film would be as far as I'd venture, and that was fine, given that I'd expected color to be far less forgiving to my methods.

And then, as luck would have it, this all changed.

While perusing the Film Photography Project store, I stumbled upon an offer so good, I simply couldn't resist considering it.  For the measly sum of $19.99, I could get a Unicolor type color processing kit, in addition to 2 rolls of Vision 50T film.  I had just been considering picking up a couple of rolls of the film as it was, but it seemed the Rem Jet backing made it a tough film for which to find processing.  Not only would this address the need to find processing for such film, but it also tossed in the film I would have bought anyway as a bonus!

After a modest amount of online investigation into home processing with such a kit, in which pretty much every review stated that color processing with this kit was actually far easier than initially expected, and also reading that the stated yield of "8 rolls" from this kit had a great deal of elasticity if rolls were processed within two weeks of mixing, I figured that this small investment was certainly worth a try.  And I also figured that if I planned out my batches smartly. I could do as others had testified, and process at least 16 rolls of film from this 8 roll kit.

Without going into great detail of the process (there are already many resources that very capably detail the procedure far better than I could), I can unquestionably say that this was one of the best investments I've ever made.  Processing the first batch was both exciting and terrifying, but once I saw results from this, I managed to calm down to make slight revisions on future batches to make the process a bit more controlled and predictable.

The ability to process so much color film so cheaply will enable me to really pick up the pace on postings, and has already enabled me to do things that I'd have been hesitant to do otherwise.  I've managed to test several "new" cameras, do a wider variety of things with many of my existing favorite cameras, try different film brands in a variety of ways, and of course do a quirky thing or two that I'd have likely passed up otherwise if it wasn't so affordable and accessible to process color film.  You'll begin to see some of the results of this vast experiment in the coming week.

And in the meantime, it is only fitting that I provide some sample images from each roll so that you can see just a small fraction of what is to come!  For now, I'm keeping the film and camera of each a thinly veiled secret until I post the accompanying posts of content. 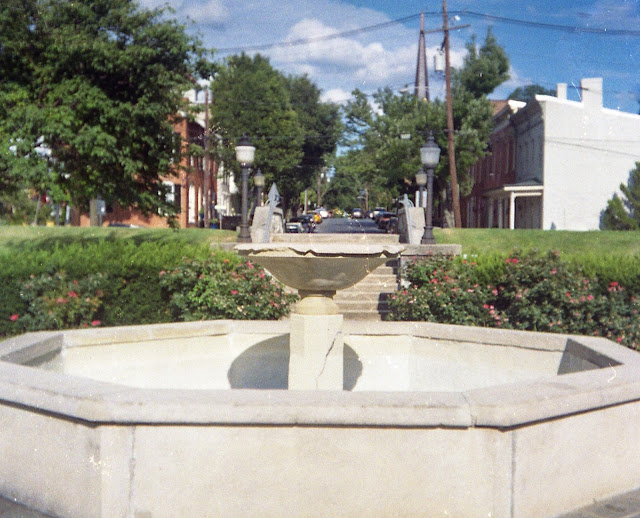