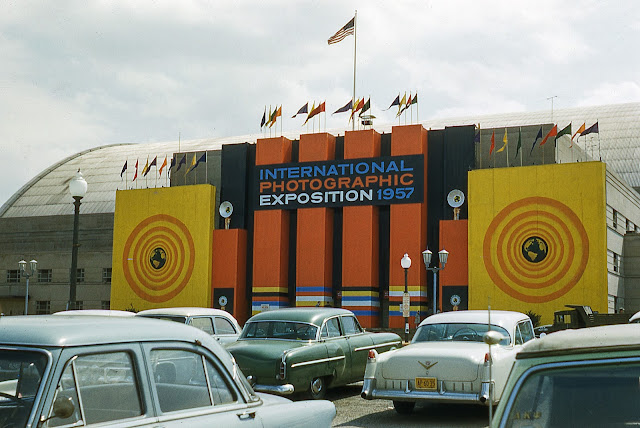 It's always the ones you have the highest hopes for that let you down.  When I pulled the trigger on the Hapo 10, enamored with its looks, I hoped this would be a great addition to my 6x9 cameras.  I ultimately was underwhelmed after three rolls of film through this camera failed to really give much in the way of good results.

However, after experiments using old Verichrome Pan gave me surprisingly good, if somewhat vintage looking results, I thought it might be time to give the old Hapo one more try.  It's slow performing shutter seemed a good fit for a long expired film that needed over exposure.  I hoped I could get at least a suitable result or two from this old camera that had been sitting for nearly a year, or at least I could play on the seeming flaws of the Hapo and create a roll of very distressed shots done just for fun.

The first two shots were immediately blown, to no fault of the Hapo.  When I loaded up the film, I should have done an initial re-taping of this 50 year old film to its backing paper in the dark prior to loading. Sure enough the tightly curled film separated from the backing and as a result, I lost the first exposures.  I could only hope the remaining six chances were enough to get something good from this pretty, but pretty disappointing camera.  Note: Keep in mind the "settings" here are what was on the camera, but this camera is known to have a slow shutter, so they are likely to be about half as fast as what is indicated for these images. 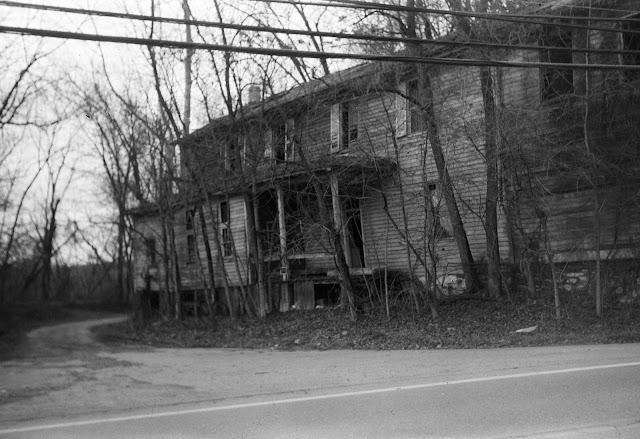 Those like myself who really enjoy shooting analog color slides have little in the way of options as 2016 starts off.  At present, three emulsions are being made by Fuji, while one other by Agfa is reportedly being discontinued.  Meanwhile, delays in the Ferrania project to restart the Ferraniachrome 100 emulsion mean that this product is not ready for consumption.  Expired stocks are growing increasingly limited, and competition on auction sites can mean paying a scary premium for Ektachrome.  Fortunately, there are a few other options, one of which is called [kromiǝm] 500! 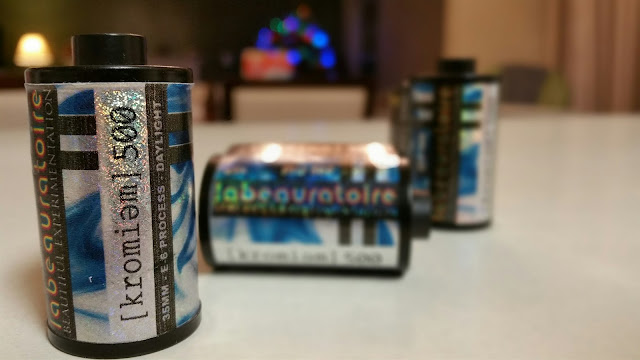 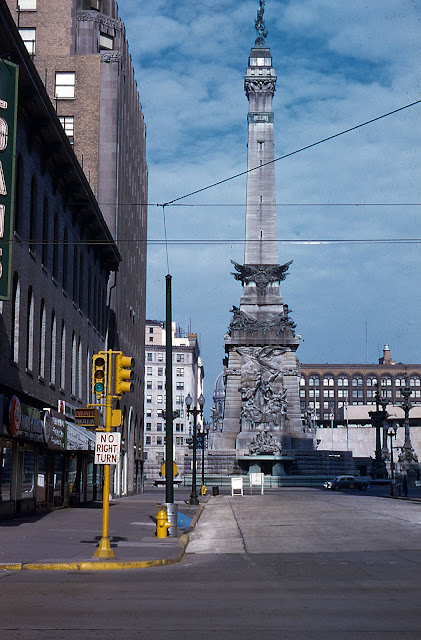 Amid a very busy shooting session in the Fall of 2015 in Frederick County, Maryland, I ran through my rolls a bit more rapidly than originally anticipated.  I'd brought along a few spare rolls as insurance, and I hastily elected to use this roll of CR200 to get a few more exposures.  In hindsight, I'd have more likely elected to use one of the many rolls of Velvia 100F I had on hand rather than my only roll of CR200, but this allowed a good chance to get another look at this unique film.  The frugal part of me would have felt better eeking out 12 or 16 exposures from this roll rather than the 8 possible using a 6x9 camera, but this allowed me a fun chance to see the capabilities of this film in a range of daylight situations.

When it came time to process the film, I elected to cross-process it, mainly because I had read good things about cross processing this film compared to more disparaging things about developing it in E-6.  I guess it was time for me to see what the fuss was about. 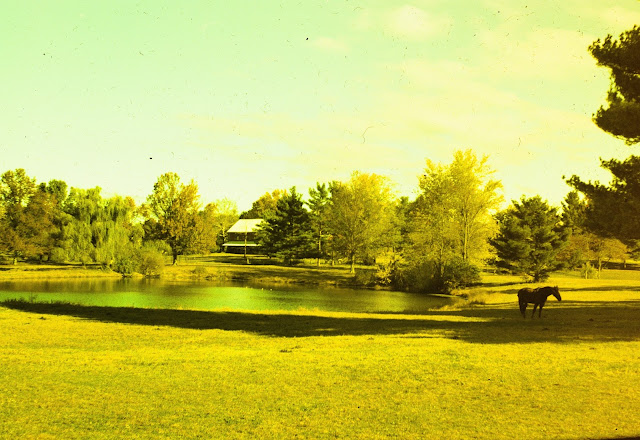 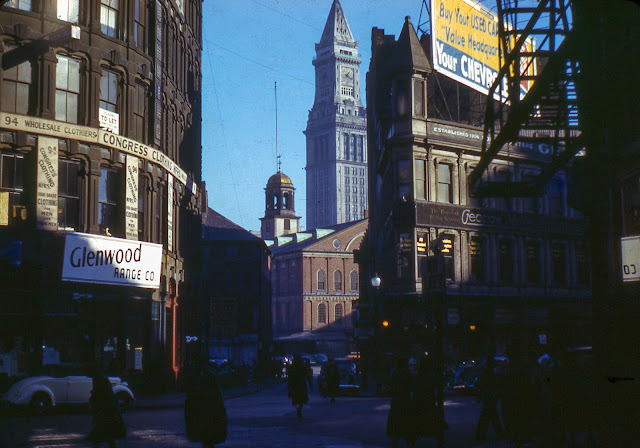 What: In the shadows

Some of the best stories start out wherein one or multiple parties had been partaking of some mind-numbing intoxicants. And some of these same stories carry with them a degree of regret afterwards.

I've had a few such occurrences of this, none of which need repeating here, aside from my very last one.  In this case, the intoxicant was a second glass of egg nog (Ok, so I'm a light weight!) during the week after Christmas, and the result of this imbibing was a new addition to my collection.  When the buzz had worn off, I wondered if I had made a mistake that I would regret, but it was one of those things of which only time would tell.

For a few weeks, I had been contemplating picking up a Kodak Signet 35 rangefinder camera, as I had read some good things about it.  However, given my recent experiences of the only borderline pocket-ability of the Kodak Retinette, I was a little leery about adding another camera that was wasn't fully portable to my collection.  As I looked through listings, I ultimately put in "Kodak 35" as my search term, and a page or two down, I was smitten by what looked at first glance to be a great deal: A "Kodak Regina (sic) Camera" that looked tiny and sparkling.  It was $30 to buy, and I suddenly wanted it.  Within 15 minutes, I was now a Retina owner.

I'd certainly heard of the Kodak Retina line of cameras from looking at various film camera collecting forums, and yet I had never considered one seriously.  Part of this was due to the fact that most of the Retinas I had seen showcased were later examples of rigid body cameras that didn't look to be the compact wonder that this little guy was, while nearly all Retinas of any vintage that I had seen listed for sale started at $50 and up, or so I thought. Yet, here was a clean example of a folding Retina complete with an Ektar lens for $30.  I couldn't resist.  I figured I had better snap this up before someone else did.

I can't say there was a full borne feeling of "morning after regrets" to follow these actions, but I was a bit nervous in wondering if I was getting anything resembling a working camera, as this just seemed a little too good to be true. As I awaited for its arrival, I did a bit of research to try to determine just what I had bought.

A review of a number of "Retina resources" would reveal that my new Retina was a type 141 dating from between 1937 and 1939, made in the early days of this camera's production. Despite the Kodak name, which previously elicited connotations of basic American made box and folding cameras, the Retina was of German make, produced beginning in 1934 when Kodak purchased the Nagel Camerawerks in 1931.  It was certainly a different breed of Kodak.

The Retina's history would last for decades, though nearly each successive model would get larger and larger, first to incorporate a rangefinder, and later to abandon the folding design, while also adding in a light meter. Fortunately, since mine is of an early vintage, it remains stellarly svelte.

My worries of a bad decision began to evaporate, most notably when the camera actually arrived.  There before me was a glistening mechanical jewel, completely functional and ready for film.  My only lingering worry was that there was some haze in the 75 year old lens that I worried might impact contrast.  As such, I elected to load the Retina with a strong contrast film, Rollei Retro 80S to try to impart some additional snap to the images. 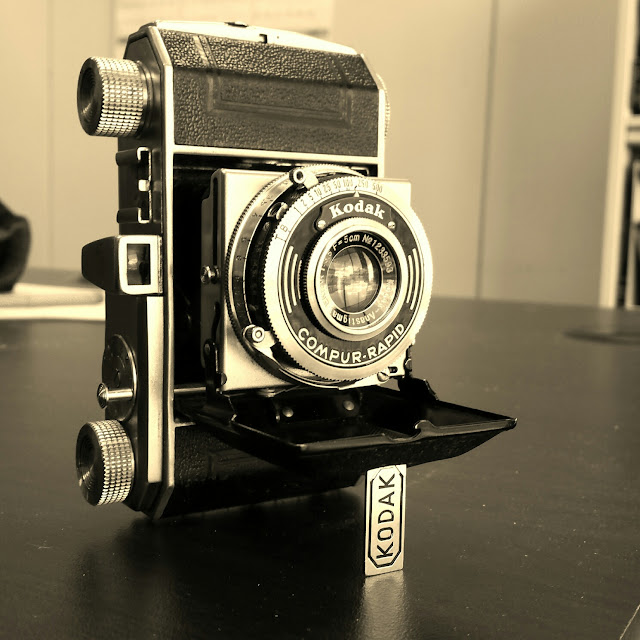