This is Part 3 of a recurring series on basic point and shoot consumer cameras, the details of which can be found here.

It is the kind of camera that was typical for most of us "Newbies" to try out the world of photography in the 1980's and 1990's: a fixed focus 35mm compact with a flash.  But the 1996 vintage Cameo Motor EX is a tad splashier than the Kodak Star that I picked up in 1989.  For one, it is small, streamlined, and easily portable.  The design actually reminds me of the a Bantam f/4.5 in some ways since the lens actually springs out when you open the clamshell.  A "bonus" camera that I picked up in a bulk lot that had a desired rangefinder model, the Cameo Motor EX offered just enough rounded 1990's styling to encourage me to give it a try. 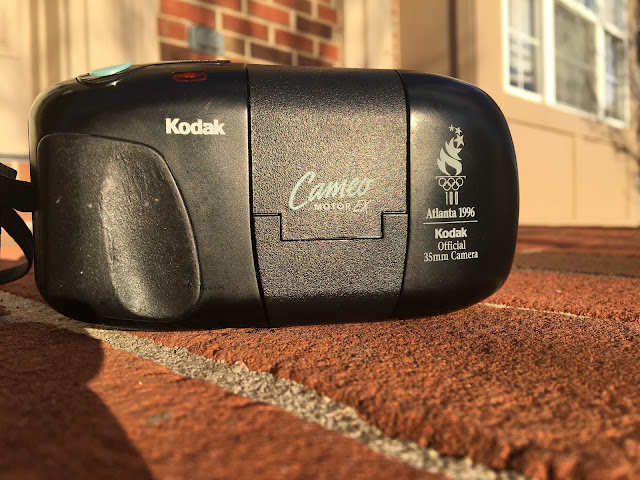 Front Views: Collapsed (above) and Opened (below) 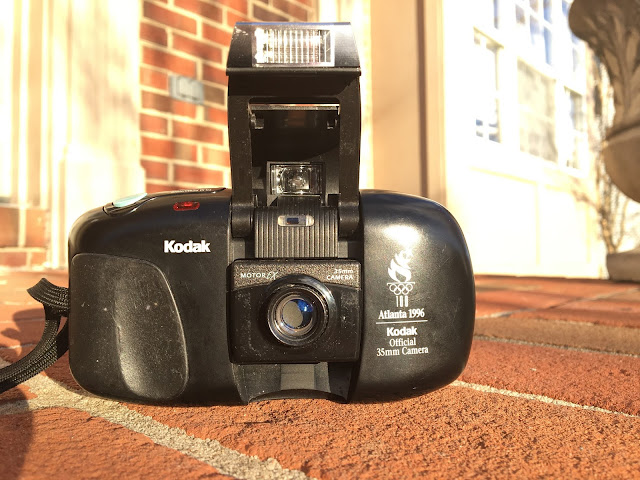 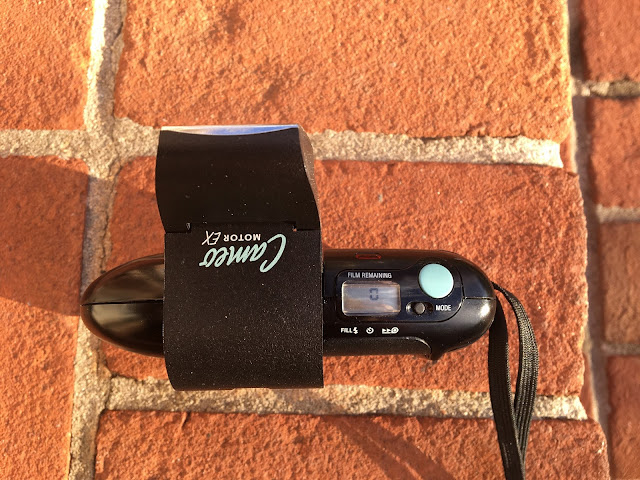 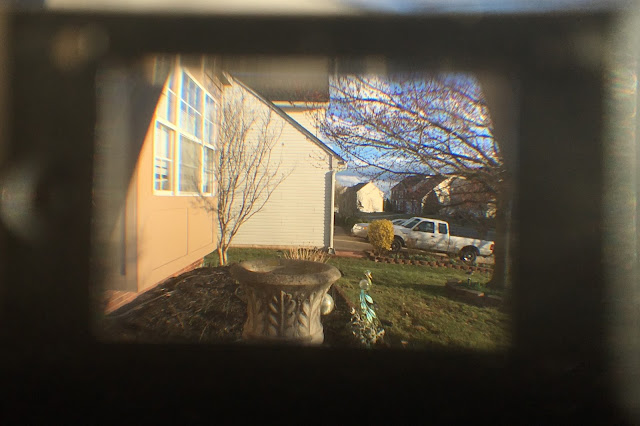 View through the reverse-Galilean viewfinder. 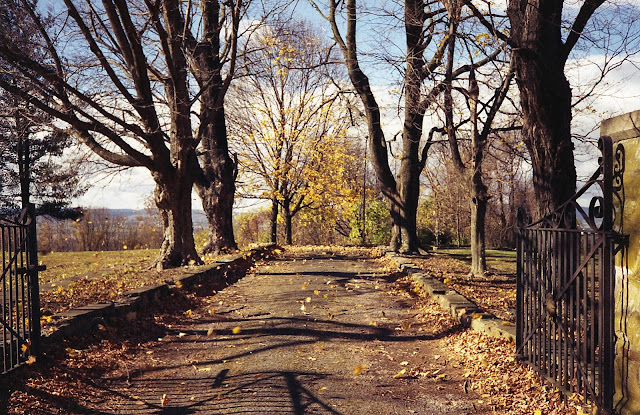 Admittedly, this doesn't look like the typically fuzzy result I was expecting from a late model mass produced entry level camera.  So far, so good! 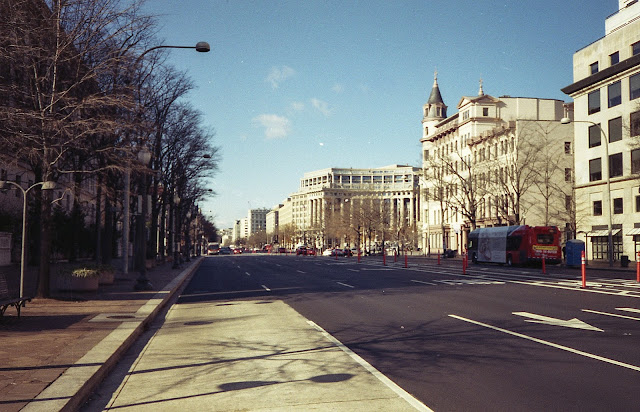 Shadow detail is not the best, but sharpness is again quite commendable from this little triplet lens camera. 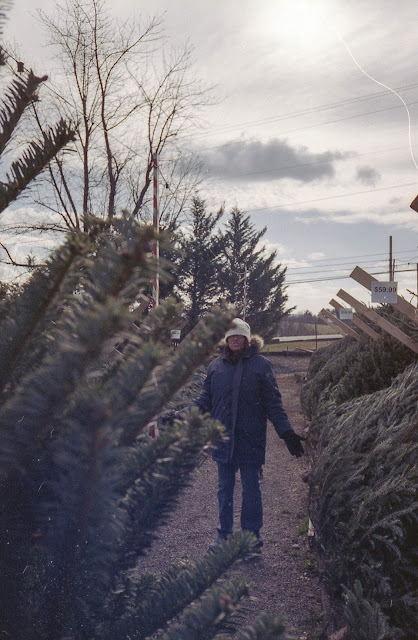 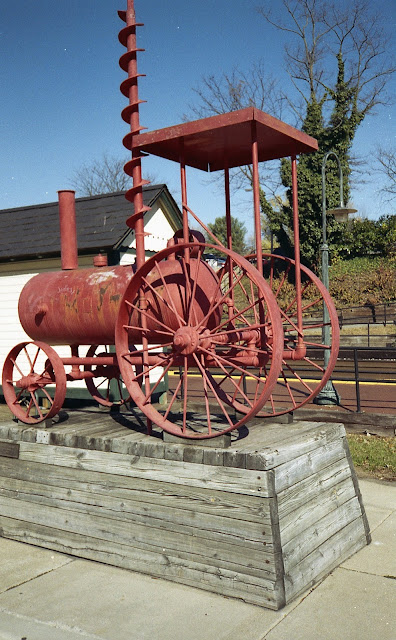 Bright Sun, Great Results.  Sure this is among the easiest of photo situations, but not all cheap cameras get it right. 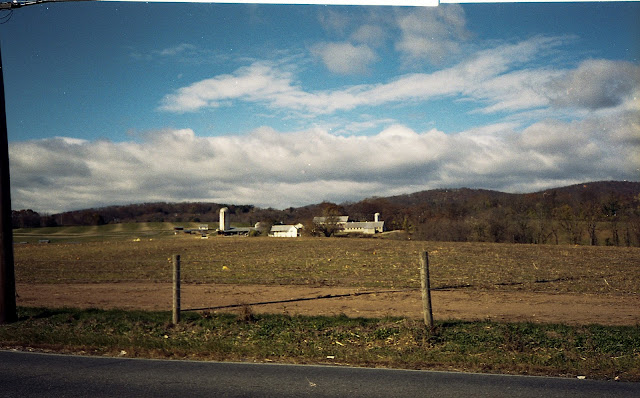 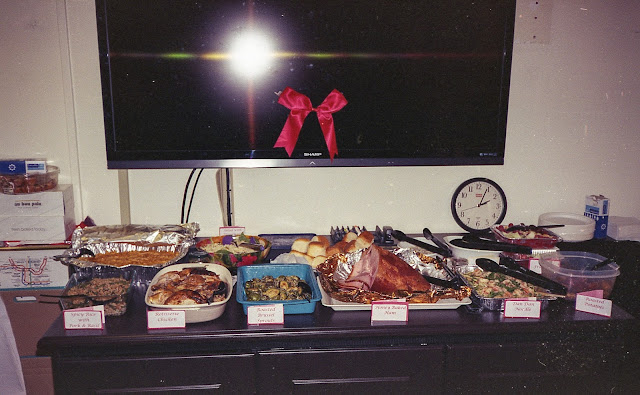 The built in flash seemed usable to about 8-10 feet using this 100 speed film.  Beyond that, there was noticeable drop off. 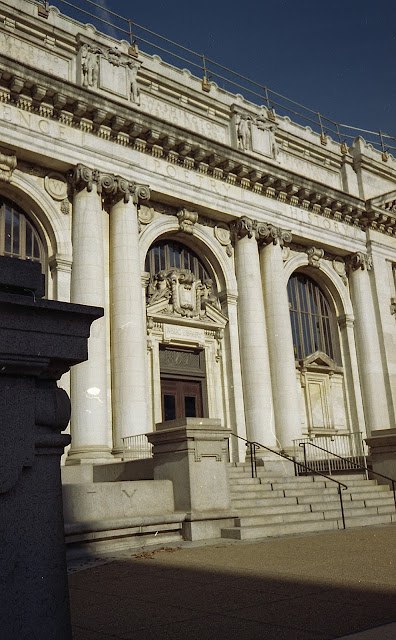 Lots of details that could have been rendered in a mushy fashion, but this little Kodak comes through. 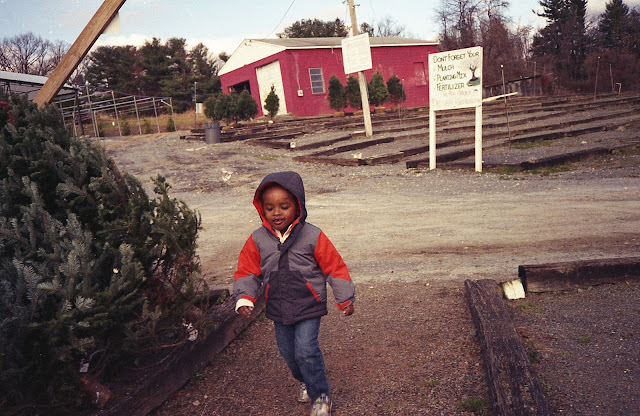 It managed to stop action in OK light.  Believe me, he is VERY active! 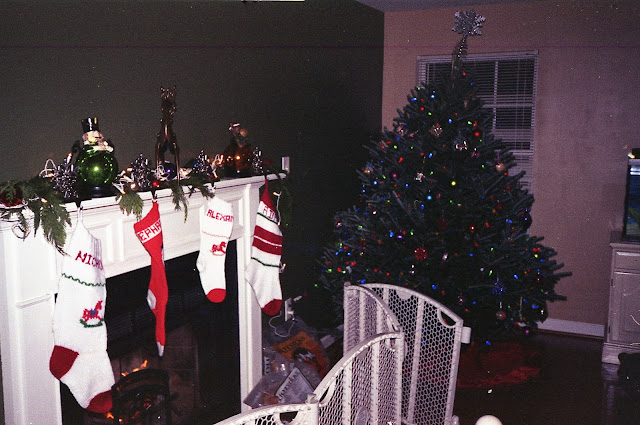 Note the drop off in the flash. Here the camera looks like the typical cheap flash camera.  Still, it's not bad to have a flash. 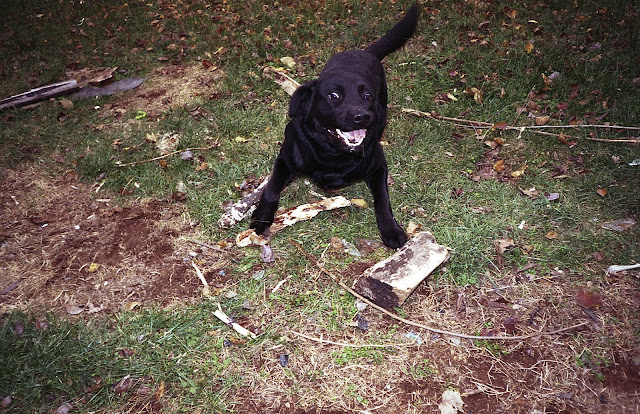 I believe the flash went off with this one, but it managed to stop the action to capture him at the height of his enthusiasm!


Prior to shooting and scanning this roll, I managed to find some reviews written for this model that expressed a lot of liking for how it produced some surprisingly sharp and colorful images. I maintained some jaded cynicism about these claims, but admittedly after seeing this roll, I have to concede that this is a perfectly capable little machine within its limitations.

So under what conditions might I turn to packing this camera again?  Likely a lovely day when I want to hike or bike and want to carry along a film camera that will fit comfortably into a pocket and not require its own bag.  The portability of this model is a major asset that is only helped along by its image quality.  I'm quite glad this seemingly pitiful little camera charmed me into giving it a try!
at 09:00