I've sort of taken my "Autographic Experiments" with the Kodak 1A and upped the ante with this roll.  I realized that I greatly enjoyed shooting the 1A as the 116 format camera that it was designed to be, and wanted to try it again.  At the same time, I had been challenged to try again with true "old school" ortho film that is more in line with the type of film used in these cameras in their heyday.  Since I'd not too long before gotten into developing my own black and white negatives, and since I had a tank and reel that could accommodate 116 format, I elected to give it ta try.  Below are the results.

I developed this long developed film in a "cold brew" of HC-110 at a rather high concentration of about 1 part direct developing solution with 9 parts water, refrigerated for about 45 minutes before developing, and developed for about 9 minutes of nearly constant agitation.  The results rather pleasantly surprised me, as some show effects that would be largely impossible to replicate from a digital starting point. 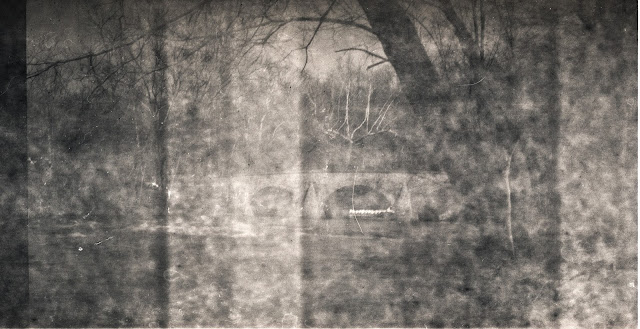 I started this roll with a shot taken in early Spring of a stone bridge near Boonsboro, MD.  As this was the outermost exposure on the roll, it suffered from the highest degree of fogging over the 60 years it sat dormant, but there is certainly a discernible result that gives off a wildly vintage feel. 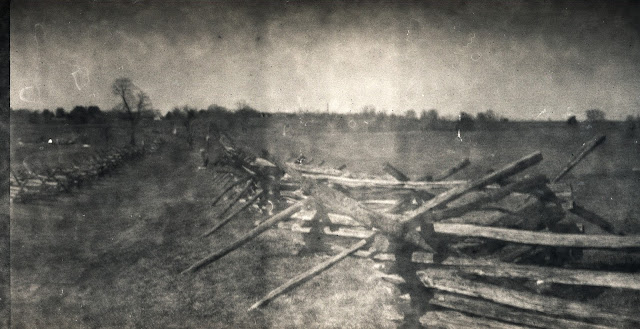 I was then off to Antietam National Battlefield.  Sure, I pretty much did this same shot on one of my previous Autographic experiments, but I wanted to frame it better.  Nicely lost in this shot are people walking in the distance - the fog generally obscures them. 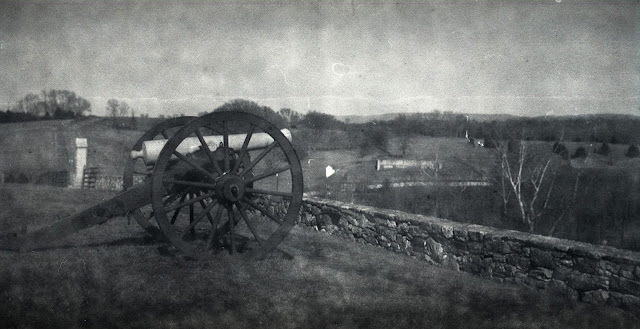 By the third shot, the fogging of the film is much less of an issue, and while the image is hardly "perfect" from a technical standpoint of development, the result is certainly clearer, while offering a very nostalgic effect.  The sky in this scene was a soft blue, though the film seems to make it appear more overcast. 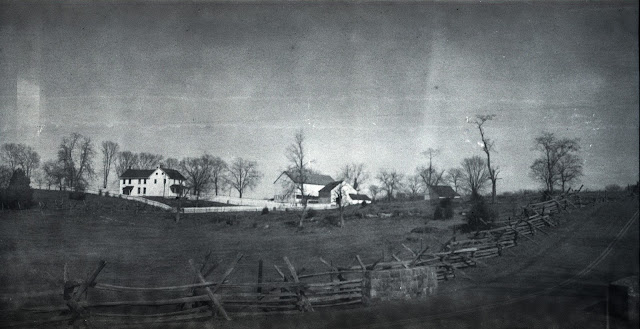 Thankfully, I hit some new locations in Antietam as well, such as this.  Regrettably, despite an overall vintage feel, this shot does have a modern day anachronism if you look hard enough. 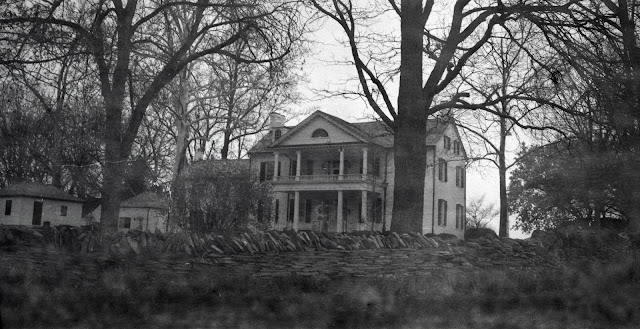 On an overcast day, I stopped past Rose Hill Manor and took this shot.  What's odd is that there appears to be a tall person standing on the porch in front of the door.  No one was there. 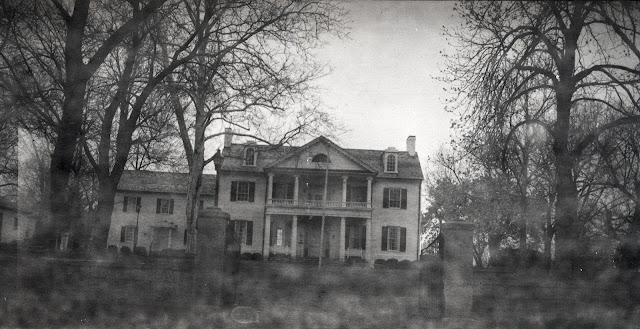 Another shot of Rose Hill on this dreary day.  The "ghost" of the previous photo appears to have moved on. 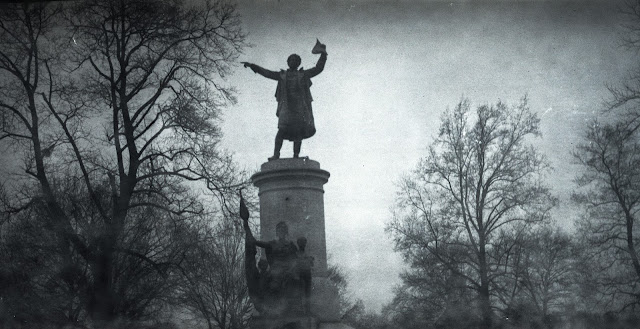 At Mount Olivet Cemetery, the grave site of Francis Scott Key proved difficult to frame, but the Autographic did pull off an adequately sharp image. 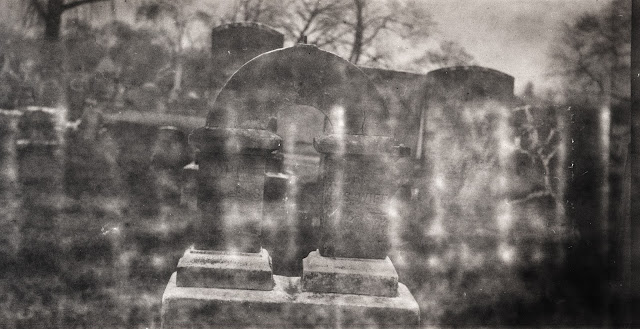 Headstone of long passed relatives of mine.  Unfortunately, despite this being from the innermost shot on the roll, fogging seems to have affected this exposure as well.

Admittedly, one of the most fun rolls that I have ever shot.  In hindsight, I wished I'd done a better job with the second half of the roll, and varied the subjects and settings a bit more, but this made for a great starting point.  I now know for certain that I can shoot 60+ year old Verichrome, provided I don't expect much in the way predictability, and that I'm ready to agitate the mess out of the developing solution after pouring it in!
at 08:00